There are often arguments within schools and communities about banning books from their libraries.  One person’s favorite book, such as the Harry Potter series, might be thought of by others as inappropriate, scary, or dark.  But does that mean that children in the school should not have the freedom to read that book if they choose?  This is an important question to think about.  Librarians generally believe in “the freedom to read,” which states that it is in the best interest of a community to offer lots of different perspectives and ideas in the books we have on our library shelves.  Click here to read the complete Freedom to Read statement.

Banned because “they promote witchcraft, set bad examples, and are too dark.”

Interesting web resources and videos about banned or challenged books:

Check Alexandria to see if we have your favorite book in the library. 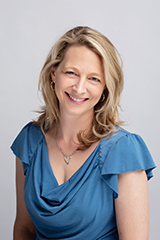 If you have received an overdue notice for a book and believe it is lost...

Rivendell has a wish list online at Barnes & Noble. Browse our list to see if your favorite book is on it.

Order for your child's birthday!

Do you love books? Volunteer in the library!

The Rivendell Library is happy to take donations of gently used children's picture books and chapter books for our library. Please see Kara in the front office if you have any questions.

Parents can get library cards, too!