The Middle Kids really enjoyed playing Double Disc Court! It’s a simple, fun and fast-paced (almost frantically paced!) game. We did modify the rules a bit, with no zone between the two courts (they were adjacent) and discs out-of-bounds were simply out of play and had to be gotten and put back into play as quickly as possible (no point for the other team). Everyone got to catch & throw the disc and be involved in the team’s strategy. 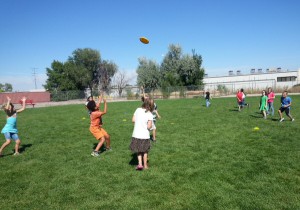 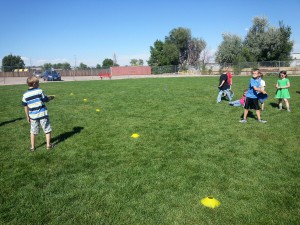