Our young scientists got a taste of archaeology this week in science. They also honed in on knot tying skills.  For all of you parents who are still buying Velcro shoes, you can stop by and thank me. Each one of your kiddos worked hard on telling their own story through knots.

The quipu is a record of Incan crops, population, taxes, livestock and more. The Incas were thought to have been a primitive society, but 600 years of Peruvian mountain preservation shows us there were indeed records, stories, and accounting of all types written on the chords. Quipu were made of llama and alpaca fur, dyed to represent cultural data such as war, crops and population then tied in various sizes, and shapes using a base 10 numeral system with big knots representing 10 and smaller knots 1.

Ask your child about their personal story and what numbers they tied into their quipu? 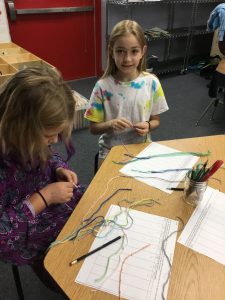 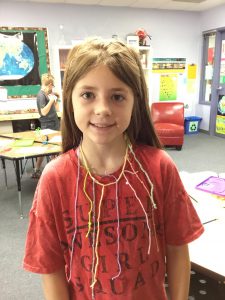